We bid Farewell to a South African Legend – Dawn Lindberg

A living legend is how we knew her. A true gift to South African Arts & Theatre.

It is indeed a sad day in South Africa today, as we woke to the news that Dawn Lindberg has passed away on Monday night, at the age of 75 from a Covid-19 related illness.

Having grown up in the 70s and 80s, I had the privilege of watching some of Des and Dawn Lindberg’s most famous theatre productions – Godspell, Pippin and The Black Mikado.

Dawn’s great love of music, arts and the theatre, and her passion to share this with the world has had far-reaching and significant influence in the South African Theatre Industry.

Dawn Lindberg’s greatest achievement has been the creation and nurturing of the internationally recognised Naledi Theatre Awards, which has honoured over 300 artists and theatre makers, and awarded over 60 Lifetime Achievement Awards.

Des and Dawn never shied from controversy and in fact, used the power of the arts and theatre to make a significant change to the country’s political thinking.

The banning of “Godspell”

When Des and Dawn Lindberg brought it to South Africa to open at the Wits University Great Hall, it was immediately banned, ostensibly on the grounds of “blasphemy”. This banning was widely and immediately recognised as a political smokescreen for the real issue of racial mixing, a direct challenge to the Apartheid laws of the government of the day. 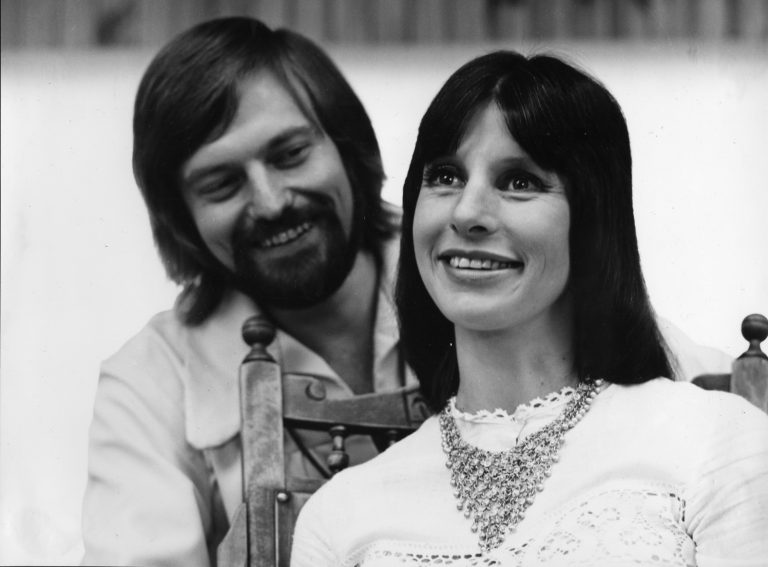 The Lindbergs challenged the banning in the Supreme Court and won their case. As a result, Godspell toured South Africa for two years and succeeded in opening doors to all races on both sides of the footlights wherever it played. It was a theatrical triumph and a political and legal breakthrough.

The significance of Dawn’s passing during the 16 Days of Activism, is not lost on me.

In 2003, Dawn once again she used her theatrical vocalness with The Vagina Monologues, to highlight the abuse of women.

V-word first hit the National Arts Festival in 1999, when Lara Bye performed the SA premiere of Eve Ensler’s The Vagina Monologues. This was the original one-woman play. It’s since wowed Broadway with multi-player celebrity casts.

Then Dawn Lindberg was granted the rights for V-Day 2003, at the State Theatre, as well as for the commercial run of The Vagina Monologues

Dawn, who performed in as well as directed this play, was acutely aware of the furore it generated.

Dawn famously said:
“Yes, it has been highly controversial. The word vagina is used 136 times and there are 16 orgasms. But it is uplifting and very moving. We guarantee anyone who sees it will never think of themselves, other women, or their vaginas in the same way. All the men who have seen it have thanked us for demystifying this very mysterious part of a woman.”

Today, we honour a true South African Legend. Thank you, Dawn Lindberg, for the gift that you were to us and the stories you told to us, the songs you sang to us.  Thank you for using your voice, your talent to impact so many lives and bring positive and significant change to our country.

We use cookies on our website to give you the most relevant experience by remembering your preferences and repeat visits. By clicking “Accept All”, you consent to the use of ALL the cookies. However, you may visit "Cookie Settings" to provide a controlled consent.
Cookie SettingsAccept All
Manage consent

This website uses cookies to improve your experience while you navigate through the website. Out of these, the cookies that are categorized as necessary are stored on your browser as they are essential for the working of basic functionalities of the website. We also use third-party cookies that help us analyze and understand how you use this website. These cookies will be stored in your browser only with your consent. You also have the option to opt-out of these cookies. But opting out of some of these cookies may affect your browsing experience.
Necessary Always Enabled

Any cookies that may not be particularly necessary for the website to function and is used specifically to collect user personal data via analytics, ads, other embedded contents are termed as non-necessary cookies. It is mandatory to procure user consent prior to running these cookies on your website.